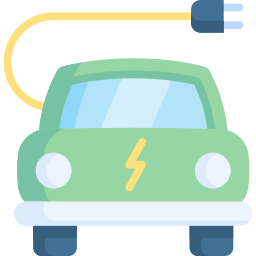 Worldwide, over 10 million electric cars were plying on the roads by the end of 2020. If that seems like a large number, consider that there are over one billion IC engine vehicles running on the same roads. Electric vehicles are thus in their initial stages of growth, though they have significant growth potential during the 2020-2030 period.

Electric vehicles are not exactly new. Some of the first motor vehicles  to run on the roads were electric. However, EV adoption is not easy in a world that has got used to the convenience and cost of oil-based vehicles. The high cost of battery storage makes electric vehicles more expensive than the conventional ones. Other challenges include the comparatively limited range that many electric cars provide, and the long time taken for battery charging. All these challenges are however being overcome at a fast pace.

Transportation contributes about 20% of the total CO2 emissions worldwide - about 7.2 billion tons of CO2 per year. Electrification has the potential to significantly reduce a vehicle’s CO2 emissions - by as much as 70% compared to an IC engine vehicle and the reductions could be much higher as the power sources become more renewable and low carbon.

For the 2020-2030 period, the scope of innovations in e-mobility is vast. In addition to innovations happening around batteries and fuel cells, expect impactful innovations around purpose-built EVs, electrifying heavy vehicles and light commercial vehicles, electric 2 wheelers, EV building platforms, business models such as electric mobility as a service and use of EVs extensively by utilities.

The global transport sector accounts for about 8 billion tons of CO2 emissions every year.  Electric vehicles have the potential to scale and be able to replace a reasonable percentage of ICE vehicles by 2030 and a significant percentage by 2050.

Even in a scenario where electric vehicles account for just 5% of all the vehicles on the road, annual CO2 emissions from the transport sector could be reduced by about 250 million tons, under suitable assumptions for electric vehicle portfolios and lifecycle carbon footprints.

P7 Modular platform is designed to simplify fleet owners’ electrification challenges by providing a turn-key solution from infrastructure to customized design for commercial vehicle brands to Data-as-a-Service for operational optimization.

JSW Group unveiled a new green initiative for its employees that will provide incentives on electric vehicle purchase with special provision for free charging stations and separate parking facilities at offices.

Volkswagen plans to offer V2G and plug & charge technology In 2022

Volkswagen to offer its customers a universal, seamless ecosystem for charging their electric cars. Called We Charge, it will offer higher performance, convenience, and sustainability with new charging solutions for home and mobile charging, new functions for the company’s ID. branded models, and bidirectional charging.

In the future, both Rivian vans and Zoox's self-driving vehicles could fit into Amazon's sprawling logistics network, by making the process of hauling and delivering goods cheaper, faster and more environmentally friendly.

Air Liquide and IVECO have signed a MOU to develop hydrogen for mobility in Europe. Both partners will dedicate means and resources to study the roll-out of heavy-duty fuel-cell electric long-haul trucks coupled with the deployment of a network of renewable or low-carbon hydrogen refuelling stations along the main trans-European transport corridors.

The transportation industry was successful in using hydrogen solutions for light-duty vehicles, however, simply scaling the technology for heavy-duty vehicles is not as straightforward.

How can we get hydrocarbon-rich nations to board the EV wagon?

The foundation hopes that by accomplishing this in four regions — the United States, China, India and Europe — enough global momentum will be achieved to stop the heating of the atmosphere.

EVBox Group, a leading provider of flexible and scalable electric vehicle charging solutions, joins the Transport Decarbonisation Alliance in a bid to accelerate the transition to carbon-neutral transport across the globe by 2050.

High-mileage fleets, such as taxis and hire cars, have an outsized influence on emissions. They drive 4 times more miles than the average car, so the quicker they switch to electric, the better it will be for the planet. Electrifying these fleets should therefore be a priority.