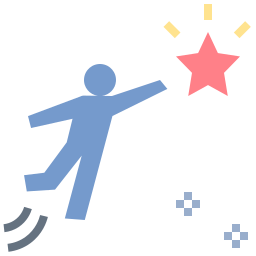 The term moonshot became part of the English lexicon based on the US president’s vision to make man go to the moon. In May 1961, President John F. Kennedy stirred America and the world with these words: “I believe that this nation should commit itself to achieving the goal, before this decade is out, of landing a man on the moon and returning him safely to the Earth.” It sounded impossible. Just eight years later, NASA did just that – with remarkable benefits for global science, technology, and economy.

In addition to pursuing smart and sensible decarbonization avenues, overcoming the climate change challenge before 2050 could require moonshots as well. Some of these out-of-the-box thinking could be super-ambitious, some impossible, and some, downright ridiculous. But that’s the nature of moonshots - don’t expect them to be conventional!

Our team at CLIMAX spent a considerable amount of time reviewing moonshot ideas being attempted for climate change mitigation. While it is a wide canvas, and it was pointless to figure out the feasibility of some of them, a key criterion our team used while arriving at the themes, discussion topics and startups was the potential they had to provide decarbonization on scale.

If we are trying to do the impossible, let it be to make a very big difference - that was the principle we used while evaluating this domain.

Expect exciting stuff to happen in moonshots for climate change mitigation over the 2020-2030 period - in pretty much every sector that has a big influence on greenhouse gas emissions.

By their very nature, moonshots present an ecosystem that is high-risk, high reward.

Succeeding in any of the moonshot ideas for decarbonization - direct air capture - could make a tremendous difference to global decarbonization. The magnitude of such a difference could orders higher than what is possible from incremental innovations.

At the same time, moonshots carry significant uncertainties, and there are very high chances that any moonshot in question will fail.

But desperate times call for desperate measures, and moonshots should be considered in that light. Thankfully, a range of stakeholders - powerful governments, large corporates and very high net worth individuals - have taken it upon themselves to invest in and support such moonshot ideas for decarbonization.

The world wants green hydrogen. Namibia Says it can deliver

We need a moonshot for Africa’s land restoration movement

African heads of state at COP26 in Glasgow issued a call to action to private funders and government donors: Mobilize $2 billion for locally led African restoration programs by the end of 2022.

Wabtec is working in collaboration with Genesee & Wyoming and Carnegie Mellon University to develop ways to eliminate greenhouse gas emissions, get more utilization out of the railroad, and reduce accidents and injuries while creating transportation jobs.

Hemp and algae could be used to build high-rises that are actually good for the planet. Urban Sequoia shows that it’s possible.

Phykos is trying to pioneer a new form of carbon sequestration: using automated boats to grow seaweed in the middle of the ocean, then sinking it to the ocean floor.

A cheap, low-tech method that could slash farm carbon emissions

Research team will sweat through the next two days of field work to see whether an unusual component added to the soil earlier in the year helped increase yields and sequester carbon.

Researchers have developed a flexible, lightweight standard solar module for vehicle integration that is claimed to be particularly suitable for cargo bikes, as well as for electric buses, trucks and vans.

The TotalEnergies-controlled solar manufacturer will secure an, as yet undetermined chunk of a new €118.6 million low-carbon innovation fund to start producing its frameless, glass-free solar roofing products at Porcelette, in northeastern France.

Google is making inroads in its push toward what company officials call its "moonshot goal" of powering itself completely with carbon-free electricity 24 hours a day, seven days a week by 2030.

A central theme of Gates' work on the climate is bringing down the price of green energy so that there is no additional cost in choosing a new technology over one that emits a greater amount of greenhouse gases. He intends to "innovate" the current premium "down to close to zero, or at least a 95% reduction" in 10 years' time.

Microsoft’s moonshot bet to become carbon-negative by 2030; lauded by twitterati

Microsoft announced its plan to go carbon-negative by 2030. CEO's note with the caption,