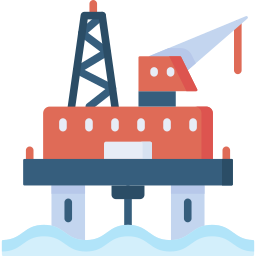 The most prominent CO2 emissions from the Oil & gas industry happen downstream, when we use our vehicles for transport. But that is considered as Scope 3 emissions for the industry - something that the industry’s operation does not directly generate.

The oil & gas industry operations in themselves are large contributors to greenhouse gas emissions, accounting for about 9 percent of all human GHG emissions - a substantial 4.5 billion tons. In addition, it produces the fuels that create another 33 percent of global emissions.

Some large companies in the industry had started taking measures to abate their greenhouse emissions much earlier than many other industries. They were good, but not good enough.

But the times are a-changin’. Driven by market demands and investor pressures, the industry has set ambitious emissions-related targets in order to survive (and perhaps even flourish) in a future low-carbon world.

Official estimates suggest that 150 billion cubic meters of natural gas are being flared each year, which corresponds to 350 million tons of CO2 emissions. Not surprisingly, the World Bank has a target of "Zero Routine Flaring by 2030" for the industry.

While elimination or minimization of flaring is one significant avenue for emissions reduction, process & energy efficiency, and use of renewable energy in the oil & gas upstream operations, including subsea operations can play an important role in decarbonizing the sector by both decreasing the energy consumed by unit of oil/gas produced and lowering the amount of CO2 emissions per unit of energy used.

Researcher proposed fines for oil and gas companies that don't sequester an amount of carbon equivalent to their emissions.

Wall Street has pressed oil and gas producers to cut capex, and shift their cash to financial goals like paying down debt and boosting dividends, as well as de-carbonization, after investment in fracking led to billions in negative cash flow.

Carbon pricing and the pressure to reduce global warming is sparking competition in Alberta to secure space underground to stash away harmful greenhouse gas emissions generated by oil and gas operations, agriculture and other industries.

The company's 2035 climate targets set a year ago already included the prevention of 20 million mt CO2 equivalent of greenhouse gas emissions, reduction of upstream emissions intensity by 30% compared with 2019 levels, a methane emission rate below 0.25% and zero routine flaring of associated gas.

Roadmap to include the potential use of hydrogen, ammonia, and carbon capture solutions to reduce carbon emissions from power generation.

Investing in tools for decarbonizing goals by O&G companies

In a combined cycle system, a Once-Through Steam Generator (OTSG) extracts exhaust heat from the gas turbines (typically n+1 configuration) to convert water into superheated steam, which is then used to drive a steam turbine.

BP plans to build a large scale green hydrogen plant in North Eastern England that could deliver up to 500 megawatt electrical input of hydrogen production by 2030.

Shell will build a new pyrolysis oil upgrader unit that improves the quality of pyrolysis oil, a liquid made from hard-to-recycle plastic waste that would have gone into a landfill, and turns it into chemical feedstock for its plant.

What's inside the new net zero standard for oil and gas?

A new standard has been established to outline what a credible net zero strategy looks like for the oil and gas sector, in a bid to help investors benchmark the climate plans of fossil fuel firms and assess which are fit for inclusion in net zero portfolios.

How the oil & gas sector is driving innovation in carbon capture

The skills needed to deliver these projects and developed the economies of scale can already be found in the oil & gas sector, skills such as understanding the subsurface and geology, managing of complex supply chains and engineering skills.

The new business, ExxonMobil Low Carbon Solutions, will initially focus on carbon capture and storage, one of the critical technologies required to achieve net zero emissions and the climate goals outlined in the Paris Agreement.

How oil and gas companies can decarbonize?

The specific initiatives a company chooses to reduce its emissions will depend on factors such as its geography, asset mix (offshore versus onshore, gas versus oil, upstream versus downstream), and local policies and practices (regulations, carbon pricing, the availability of renewables, and the central grid’s reliability and proximity).